HERE is my freshly written training plan for Athens 24 hour race next March.


I've planned it in 4 cycles with 4 weeks in each cycle then a taper in weeks 17,18 and 19. Most of the time week 1 in the cycle is a recovery week, weeks 2 and 3 medium mileage weeks and week 4 a high mileage week. The only exception to this is on the 4th cycle where weeks 1 and 2 are 50 mile weeks to allow for the Draycote Water race and not risk overload with only 5 weeks to go before the 24 hour.

When I put the WHW training plan into action work and life came into play, races were slotted in here and there and the actual training was quite different to the plan but I stuck to the general principles so I anticipate the same happening here (also I've a few adventures in the plotting stages...) but I need a plan to work around.

So, have a look through it and leave your thoughts in the comments. I've one or two things I've thought about changing so it'll be interesting to see if anyone else thinks the same.

Training starts 16th November so you'll have to flick the calendar forward to see it.
Posted by The Sunday Adventure Club at Thursday, October 29, 2009 10 comments:

The Best Thing About Training To Breaking Point

It was a beautiful day for the Round Rotherham 50 miler, perfect conditions, and as I watched the two runners I'd been hanging on to for the last few miles disappear into the distance I decided that was it. I retired at the 25 mile checkpoint, legs feeling like someone had poured concrete into them, and decided that was my last ultra of the year. 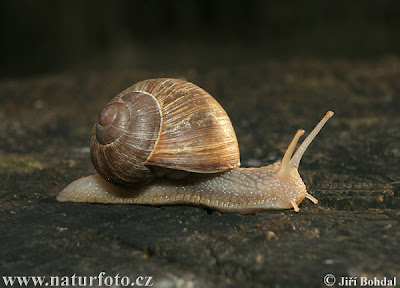 This guy passed me in Round Rotherham

I've been stalked by the fatigue demon for the last few races and on Saturday he finally got me. He had introduced himself to me during the Devil O' the Highlands race in August and when I refused to heed his warnings he turned up at the TDS and punched me in the stomach causing me to throw up for the last hour of the race. At Keswick he decided to get serious, he wasn't going to let me eat anything and if I tried to drink, well that was going to re-appear on the pavement, causing me to grind to a halt. He even had the lap counters in on the deal!

As I approached the line to make 100 miles my lap counter appeared and said "listen mate, you've made 100 miles, look at the state of you, why not call it a day at that? There's no point in putting yourself through all that just for a few more miles!" I wasn't having that though, I had more resurrections than anything else at Keswick, by the end I think they were calling me Mandelson.
The thing is, the way to kick the fatigue demon's butt is not to fight him tooth and nail, gritting your teeth and taking the pain of race after race. The way to do it is to take a break, fool him into thinking you've given up all this knee-crippling nonsense and he'll go off and bother some other race junkie instead.

It's all in the training diary, the mistakes. Two weeks after WHW race and back into racing with the Dollar Hill Race just to mash the quads up again, then the next week I put in a 130 mile week and 30 000 feet of climbing on the UTMB route. Then next up, 7 days later, was the Ben Rinnes race on top of a 50 mile week, then the week after a 45 mile run from Linn o Dee to Aviemore and back rounded off a 90 mile week, and a week later the 42 mile Devil o the Highlands (still training through the week, remember!). Then 3 weeks later the TDS (65m +20 000 feet) and 19 days later Keswick (106m). Since I felt completely knackered by this point I had a weeks rest, then, since I'd had a weeks rest I rattled in a 90 mile week just to make sure I hadn't lost it and was fit for Rotherham! ( Just to illustrate how fatigue affects the brain, I had been on to the race organiser for the Tooting 24 hour race to try to get an entry since I hadn't performed at Keswick... just as well the race was full!!)

Every cloud has a silver lining as they say. The best thing about training to breaking point is the biscuits. A full pack of chocolate digestives in one sitting? No problem. A four pack of Kit Kat Chunkys in a oner? Easy. But, when the appetite went that's when I knew it was serious. After Rotherham's 25 miles I wasn't very hungry, didn't fancy any biscuits, in fact came home with a full packet of choccy diggies. I knew then that it all had to change (and I don't mean to those orange flavour ones, that's sacrilege).

For the next few weeks I'm not going to do much running, maybe a couple of club sessions in the week but keep them easy. The odd short race at weekends but at an enjoyable pace, and just rest up so I'm fresh for the next round of training.

I was hoping to complete 11 ultras this year, the same as last year, or even try for 12 to make it one a month on average but I'll settle for 9 and call it quits at that. That last sentence tells a story, doesn't it? I've improved a bit this year and have even been competing at the front end in races so I need to move forward and start to try competing in specific races instead of doing too many and not running as well as I'm capable. I'll still be running plenty races though, but I'll have my targets and the others will be part of the training.

Three races for next year:- Athens 24 hour in March. West Highland Way in June and UTMB in September.

This time I'm going to train for the 24 hour so I've a few races planned as part of that, The Thames Trot, The Country to Capital and Draycote Water. So the adventures continue and it's going to be lots of tarmac and lots of flat running, training starts on 16th November, but for now where's those choccy diggies...??

Posted by The Sunday Adventure Club at Wednesday, October 21, 2009 11 comments: